Prioritize your tasks with python

The task prioritizer calculates a fixed priority for your tasks by its urgence, impact and effort.

Priority 1 is the highest priority, priority 7 the lowest. The tool also gives you advice what to do with your tasks. 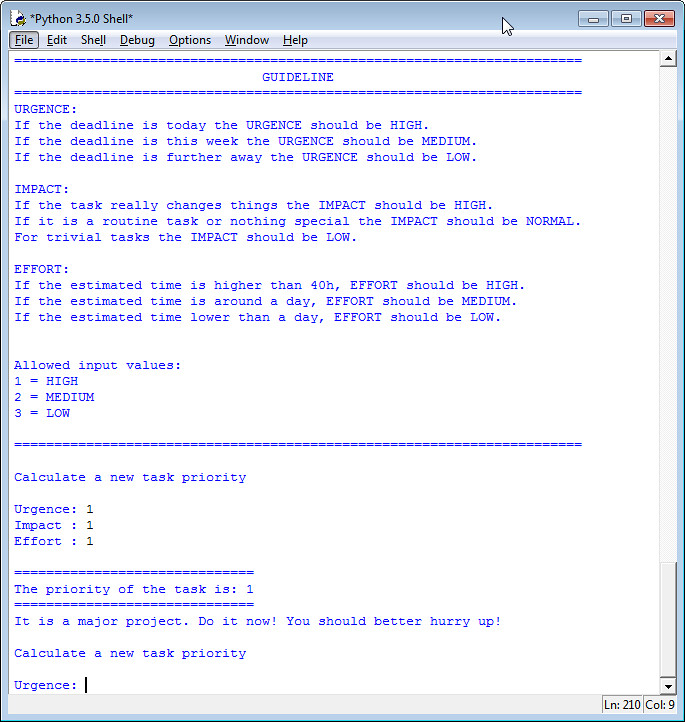 Start the tool with the following command:

There are three factors which determine the priority of your task: URGENCE, IMPACT and EFFORT.